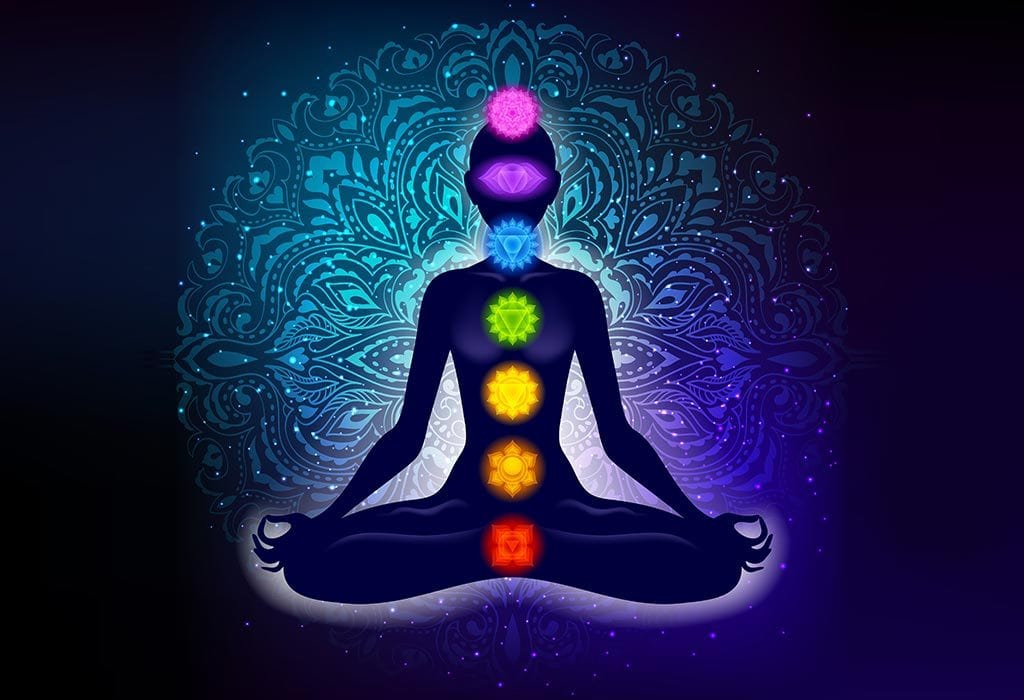 The seven chakras are the main energy centers of the body. You’ve probably heard people talk about “unblocking” their chakras, which refers to the idea that when all of our chakras are open, energy can run through them freely, and harmony exists between the physical body, mind, and spirit.

Chakra translates to “wheel” in Sanskrit, and you can imagine them like wheels of free-flowing positive energy.

The Muladhara, or root chakra, represents our foundation. On the human body, it sits at the base of the spine and gives us the feeling of being grounded.

When the root chakra is open, we feel confident in our ability to withstand challenges and stand on our own two feet. When it’s blocked, we feel threatened, as if we’re standing on unstable ground.

The Swadhisthana, or sacral chakra, helps inform how we relate to our emotions and the emotions of others. It also governs creativity and sexual energy. Those with a blocked sacral chakra could feel a lack of control in their lives.

The third chakra, the solar plexus chakra, speaks to your ability to be confident and in control of your life. Think back to the last time you had butterflies or felt a pit in the stomach: That’s the Manipura chakra at work.

If your solar plexus chakra is blocked, you might feel overwhelming amounts of shame and self-doubt. Those with open sacral chakras are free to express their true selves.

Someone with a blocked heart chakra will have difficulty fully opening up to the people in their life. If someone’s heart is open, they can experience deep compassion and empathy.

The Vishuddha, or throat chakra, gives voice to the heart chakra and controls our ability to communicate our personal power.

When it’s functioning at full capacity, it allows us to express ourselves truly and clearly. Someone with a blocked throat chakra will feel like they have trouble finding the words to say how they truly feel.

As we move up the body, we’re getting closer to communion with the divine. The Anja, or third-eye chakra, controls our ability to see the big picture and connect to intuition. Think of it as the eye of the soul: It registers information beyond the surface level.

Visions and intuitive hits are not uncommon for someone with an open third-eye chakra.

The Sahasrara, or crown chakra, the highest chakra, sits at the crown of the head and represents our ability to be fully connected spiritually. When you fully open your crown chakra—something very few people ever do!—you’re able to access a higher consciousness.